PACKAGES: 2 inhalers in box. More Outside picture; more inside picture. Product of Japan.

ENDIT No Nicotine Menthol Inhaler is plastic fake cigarettes but no tobacco, no tar, no CO (Carbon Monoxide), and no any harmful contents! It's a device shaped to look like a king-size (85 mm) cigarettes and contains cigarette and menthol flavoring.

You may draws on the Endit Smokeless inhaler as you would a cigarette and receives a flavor similar to a menthol cigarette. And it mimics the feel in the user's fingers and mouth of a standard cigarette. Each inhaler will last up to 30 consecutive hours of use and may last up to a few days of fitful use. The product is useful for smokers who are trying to quit but have a strong psychological dependency on the act of smoking. It's better to be combined with another quit smoking products since Endit No Nicotine Menthol Inhaler has no active contents.

INGREDIENTS: Tobacco similar flavor (Propylene Glycol, Alcohol, Natural & Artificial Flavors), Vanilla, Menthol, Mate Tea. Mate tea, also known as Yerba mate, is an herb native to South America that is known for its ability to increase concentration levels while still promoting relaxation. It is used as a regular daily tea and in a variety of hot drinks.

Propylene glycol (PG), is a colorless, odorless chemical that is used as a food additive in cosmetics and in pharmaceuticals as an inert solvent or carrier. Its industrial applications include antifreezes, hydraulic fluids, deicing liquids and coolants. PG is recognized as safe by the Food and Drug Administration (FDA). The FDA includes Propylene glycol on its list of substances Generally Recognized as Safe (GRAS), and it meets the requirements of acceptable compounds within Title 21 of the Code of Federal Regulations. Considering PG has been widely used for many years without serious side effects, the substance can reasonably said to be of negligible concern.

DIRECTIONS: on the package box

To use, pull Pin from end of ENDIT and inhale, adjust taste by strength of inhaling. The Pin does not have to be replaced and you may discard it if using inhaler quite often. It's better to keep the Pin and put it back when inhaler is not used. The flavor of inhaler should last longer in that way, up to a few days. This may vary depending on the strength of inhaling. 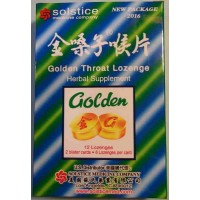 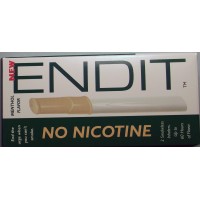 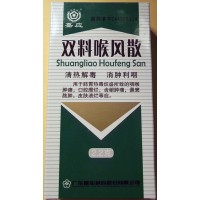 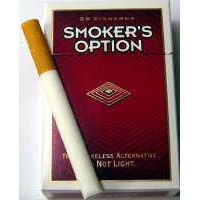 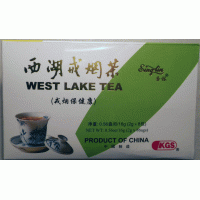